The distribution of RCRs for publications with RCR greater than 0 is shown above, with the tail truncated at 5.

Percentiles for all publications 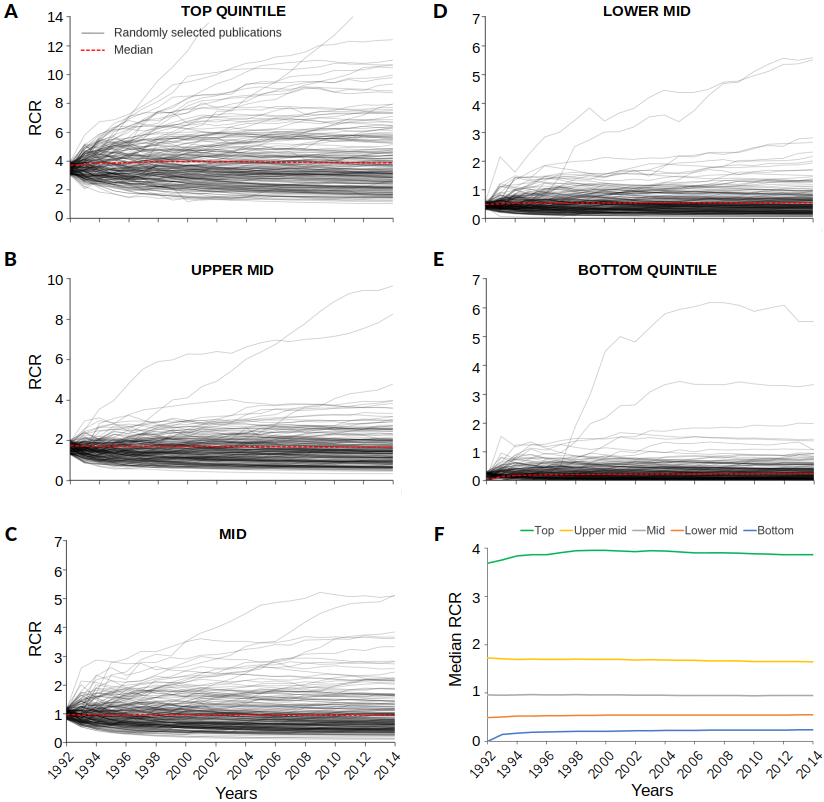 Figure 1: Stability of RCR over time. (A-E) Change in RCR over time for individual NIH-funded articles published in 1991. Articles were assigned to quintiles based on their RCR values in the year after publication (1992); RCR in each subsequent year was calculated. For each quintile, 200 individual articles (gray lines) were chosen at random from the subset whose 1992 values were within 10% of the median, and the resulting plots are shown. All values are actual and unsmoothed. In (A) through (E), the red line shows the median for the respective quintile. (A) Top quintile; (B) Upper mid quintile; (C) Mid quintile; (D) Lower mid quintile; (E) Bottom quintile; (F) Median RCR in each of the five quintiles for all NIH-funded articles published in 1991.